The " Seigneurie du Bourblanc " came to the Roquel family, " Seigneurs " of Plouezec through the marriage of Guillaume Roquel, President of the Parliament of Brittany, with Marie Ruffault, " Dame du Bourblanc ".

The Ruffault were very well-known since they had given in 1220 a donation to the new Abbey of Beauport,.they were Seigneurs of the parish of Kerhuel and Le Bourblanc.

They are known as the first builders of the old part of the castle because their coat of arms is on the fireplace of the guards room : on the dexter Roquel and on the sinester BOURBLANC.

On the 7th of November 1524, Christophe RUFFAULTand his wife handed down their title to Roquel du Bourblanc who then became " Seigneur de Plourivo ".

The noble house became " Seigneurie " with the right of having towers and a keep, and thus becoming a " castle ".

The castle was a big central building with two towers containing the staircases, and a guardroom protected by a draw bridge and surrounded by a wall and moat.

After four generations the ROQUEL family died out and the " Seigneurie " became the Tanouarn's possession. The Tanouarns were a rich family, holding high ranks in the judiciary.

After Yves ROQUEL died in 1639, and because he had no succession, " Le Bourblanc " passed to his sister and her son Thebaud de TANOUARN.

The Tanouarn family stayed about 150 years in the " Seigneurie ". 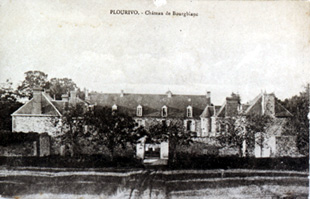 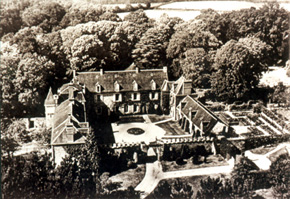 In 1737 following money-problems, their seigneurie was lost through a foreclosure. The castle was bought by Angélique-François de REGNOUARD, Comte De VILLAYER, whose mother was a TANOUAR by birth.

We don't know if he came to Plourivo because he belonged to the circle of the " Princes de Condé Conti " and spent most of his time in Chantilly and Versailles.

He let the administration of Le Bourblanc to Allain ARMEZ, trader in Paimpol and a big land owner.

When Mr De VILLAYER died, the castle was sold in 1749 to Jean ARMEZ, Allain's son .

From that time the ARMEZ family did not leave Le Bourblanc, serving the Monarchies of Divine Rights, The Empire, the 3rd Republique (1914).

Jean's elder son, Nicolas ARMEZ, a Priest, was the first " Revolutionnaire " and the first Mayor of Plourivo. He was buried in the Père Lachaise Cemetery in Paris (1825), a year after the last King of France, Charles X , assumed the throne.

The front wall of the castle, built four centuries before, was destroyed and replaced by a thinner wall with many doors and windows.

In 1865 the moat was filled, in order to build upon it the right wing of the castle, with a stable, a curing salt-troom, a dining-room for the personal and bedrooms upstairs.

Then the left wing was built with a coach-house and a joinery workshop and on the first floor : the office and the library of Louis Armez, Mayor of Plourivo and Deputy of the french Assembly.

In the twenties after he died in 1917 the castle was sold.

At the end of 1931 the Count Henry De Mauduit and his wife Roberta (" Betty ") Laurie born in Scotland and educated in Boston / USA, bought Le Bourblanc. Thanks to the generosity of her uncle, Colonel Edward Nicholl Dickerson from Newport / Rhode Island, USA, the castle was renewed.

In the late thirties the castle welcome a lot of artists and writers of the Paris circle (Pierre BENOIT, Joseph KESSEL….).

Betty who stayed in Le Bourblanc participated in the resistance-network by hiding pilots of the allied forces.

In June 1943 she was arrested by the Gestapo and driven to the Concentration camp of Ravensbruck.

On the 20th of July 1944, the date of the assassination attempt on Hitler she was driven to a camp close to Buchenwald. Betty was liberated in April 1945 and spent all the rest of her life in Le Bourblanc.

She died on the 1st of August 1975. Her grave can be found in the local cemetery and a memorial plaque in Plourivo church.

V.I.P.s came after the war to Le Bourblanc to visit her, such as Georges Bidault, Minister of France under the 4th Republique and Lord Mounbatten, British Admiral and Viceroy of India and many others.

After it was seriously damaged by fire in 1990, the castle was bought in the spring of 1994 by Mr. Emile Philippot.

"Le Bourblanc" is slowly arising from the ashes, like the Phoenix. 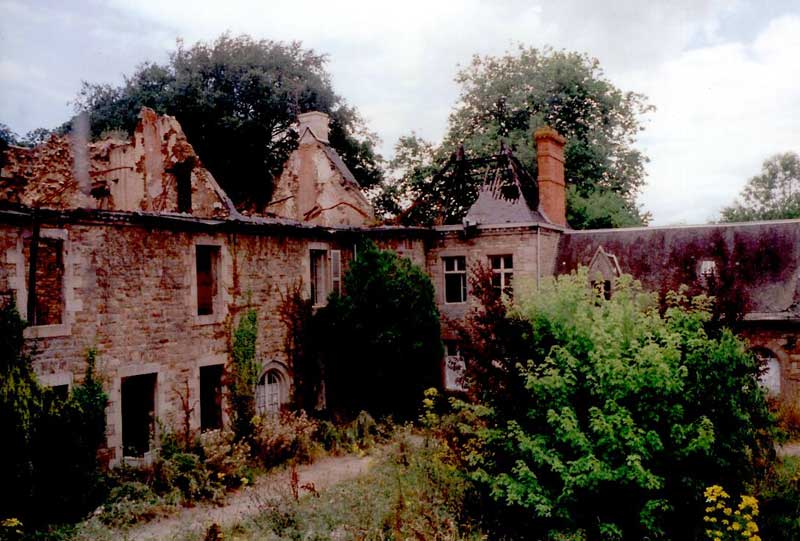 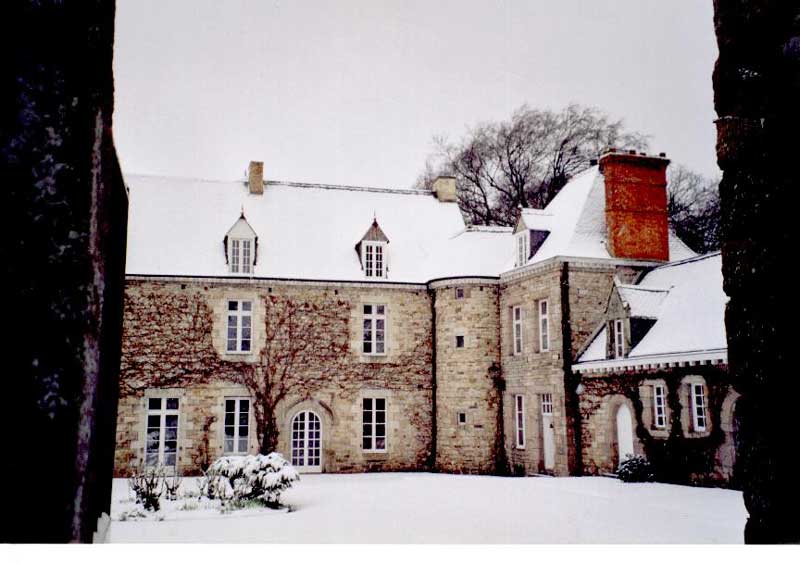